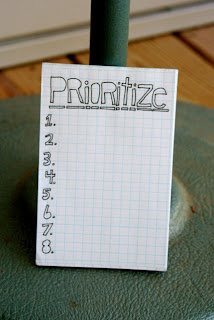 *Diana, this is for you.


All over the news all you hear is that the economy is in the toilet; the government is paying to bail out people who made bad decisions because they weren't fully informed and companies who did so knowingly; neighbors are pitted against neighbors and by all accounts it's turmoil.


I'm doing okay. WE'RE doing okay. But it's got me thinking, and for the very first time in my life - doing. I grew up pretty priveleged. Solidly upper middle class. Great schools, great friends (all of whom are still great folks) great opportunities for success, all without doing much. Then at 18, I enlisted. I know you all see the news about how hard it is to be a young military family, and it is, but it gets a lot easier. We are once again middle class. My kids want for nothing. (Okay, Sam wants a pocket bike and a cell phone, no and no.) They have plenty of opportunities, and yet so many are denied them because of pure unadulterated American discrimination. 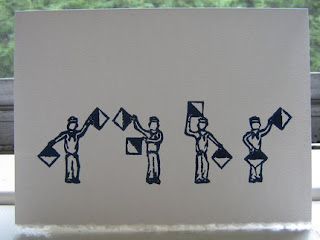 So I've spent a lot of time in the last few months/weeks trying to do what I can to fix that. And I'm realizing lately that more than ever, what I need to do for ME is to succeed at my job. We all know that I AM a United States Sailor, but I'm an Atheist, too. And I believe that equality is for everyone. And I believe that Barack Obama truly has the best interests of my country and my children at heart. And I believe that the best way to stick it to all of the discriminatory Americans who don't want my friends to marry who they love, don't want someone with Muslim blood (I didn't know religion was blood borne) to become president, and don't want young women to be able to make choices that may save their lives without Daddy breathing down their necks; is to continue to fight for their right to say whatever they want. To continue to fight for their right to disallow my children to be boy/girlscouts, to require that god be thanked before every little league game, to allow prayer before every town meeting. So I registered to vote, I've volunteered, I've contributed. And I plan on succeeding at my day job. And leading sailors into whatever we're ordered to do, with no discrimination, no favoritism. 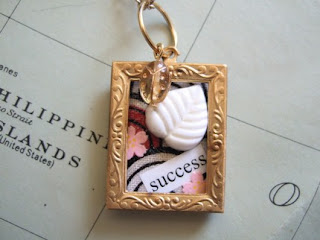 We in the military lament so often on the freedoms we DON'T have. We leave for long periods of time, often unable to talk to our families at all, sometimes they can't know where we are. We work 24/7, we stand duty for long hours, we do often thankless jobs in the face of disaster for countries who've been our enemy . But never before and probably never again have I worked in a less discriminatory environment. We take care of our own, everyone wears blue. There's no men, women, colors, only sailors.

So I've put the jewelry on hold. I'm not really sure I can function in a real world environment just yet. I have so much more to do between the Navy and my own home, that having that one more thing on my plate just proved too much. My things will stay on Etsy, and there will be more. But they're therapy, not a business. My business is my country and my family.
Posted by Jeni at 2:03 PM No comments:

Jeni
Military momma and wife with two beautiful children and a lust for life. Living in Japan with the love of my life, feeding my family with the help of Uncle Sam, and trying to do right by the world we live in. Sometimes just that is a pretty big hurdle. But I'm trying.

Sailor Jenny's Shop - One of a kind artisan jewelry.

Looking for something new and wonderful?

Just want to look at another great blog?? Check out my Links section! Many of the bloggers feature new artists to explore and all of them are wonderful, talented people. Enjoy, and I hope you find something that makes your heart sing!

Sailor Jenny's Etsy Favorites! Check out some other great shops!