This has been a tattoo-riffic weekend. In the fine tradition of my sailor heritage, I have quite a few tattoos. I'm a collector of sorts. They chronicle my personal journey; life changing events. Here is the latest. 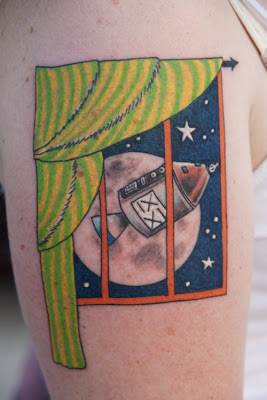 It is an illustration from Thing Two's favorite children's book when she was small - Goodnight Moon. Framed by the window is the moon and an Apollo CSM. On the CSM are the roman numerals IX XI. All of these things have meaning somehow or another, but here's the general breakdown of this one.

Thing Two loves Goodnight Moon. This is HER tattoo. Also, the IX XI on the CSM are her birthdate.

El Jefe and Thing One are Space Geeks. They are fascinated by the space race, and you often see either (or both) of them watching the science channel's many space shows. Space week was like a holiday here. I promised El Jefe long, long ago that I would never have his name or likeness tattooed. And I will keep my word. But he is my command module, unable to do anything, but keeping a close eye on me at all times and dispensing careful advice. And now I have that analogy forever with me.
Posted by Jeni at 8:38 PM 4 comments:

So . . .I've caved. I signed up on Facebook a while ago so I could talk to my cousin who quit myspace. I went there recently to visit my cousin and found a message from a high school friend. Enter a world I didn't expect. The one where everyone seems to have grown up and they all seem really cool again. Sigh. Growing up is so wierd. But . . . I found a few cool blogs along the way! Mark has Songs From a Mixtape, and the other Mark has Chronicle of a Gay Marriage . I think I've pimped them before, but seriously, check out The Bullet Points. And Herman. Jay (and Neal, who probably still thinks I'm a psycho) are geniuses. And Check out NeverEnoughBooks.org for the ramblings of Sarah. Craziness that high school was that long ago.
Posted by Jeni at 8:10 PM 1 comment:

I have never been one who coordinates well. I have always wished that I coud look put together and matchy - you know the girls with the matching bag/keychain/wallet combo? Of course it's always expensive, and I've given up expensive handbags for more quantity. And I prefer to support craftsmanship over a big company.

I'm pretty sure I just hit the jackpot! BizzieLizzie, one of the craftswomen in the Handbook to Handmade, has the cutest coordinated handbags! She makes everything from bags to buisness car holders to tissue cases, and all in coordinating colors. And they're affordable! I love this blue pattern . . .

Charlotte makes the prettiest bags and pays special attention to detail. Looking for a custom piece? Just ask! Her shop is merely a click away! I am so excited to see her wonderful work in the upcoming Handbook to Handmade!
Posted by Jeni at 8:28 AM 1 comment: 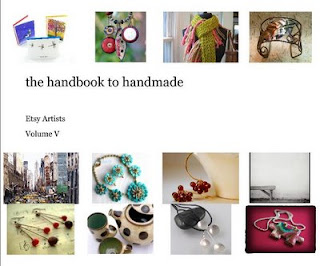 One of the sellers on Etsy, a talented metalsmith(TimothyAdam), has come up with a great idea. I have wanted a portfolio for some time, but wasn't quite sure how to put one together or whether I really had enough depth in my work to pull one off. That's still planned for later, but meanwhile, check out this great book! Called The Handbook to Handmade, it features 35 artists and their shops, showcasing their favorite items and a short description of their work, their vision - anything! It's all bound professionally and is a wonderful advertising tool. I can't wait to see my work in print and to have something to show off on those occasions when it's just not a great idea to carry all of my jewelry. There are still slots available, and if you're not quite ready yet, there's advertising space available, too! If you are a small business who has a shop on Etsy and are in need of a little something to carry around (and want to showcase some other great talent, too . . .) try the Handbook!
Posted by Jeni at 12:58 PM 3 comments:

If you've been reading my blog for any length of time, you know that I am not a religious person. In fact, I'm pretty much the antithesis of that. But I swear that there is one thing on Earth that can make me question my lack of a belief system.

On Monday, El Jefe and I went to see Alison Krauss and Robert Plant live at Humphrey's. (San Diegans, if you have the opportuntiy to see an artist you enjoy at this great venue, GO!) They collaborated in 2007 on an album called Raising Sand. Produced by T Bone Burnett (a legend on his own), it is a compilation of mostly lesser-known material from some of the great writers of blues, country, folk, gospel, and R&B, including Tom Waits, Townes Van Zandt, Milt Campbell, the Everly Brothers, Sam Phillips, and A.D. and Rosa Lee Watson. The album is amazing, the pairing, moreso. (Side note. When I reach 60, I hope to look as good as Robert Plant. Damn.) 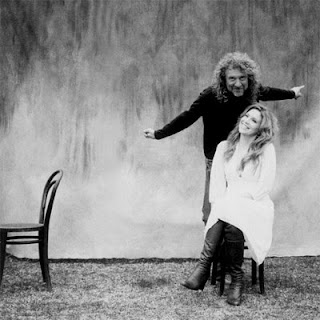 It was an amazing show, but the two best moments were Black Dog - slowed WAY down and haunting; and Down to the River. If you have never heard Alison Krauss sing live, you are missing out. There are tons of You Tube videos, Here is Down to the River and Black Dog OMG banjo. I won't embed them, you have to watch them without distractions. Alison Krauss has simply the most beautiful voice. Ever, anywhere. I'm not a fan of Country music, but I'm a fan of her. Wow. 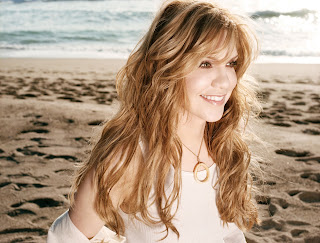 So it was a nice birthday gift for El Jefe, who turned another year older on Wednesday. Wow, I'm still gushing!
Posted by Jeni at 7:20 PM 3 comments:

Jeni
Military momma and wife with two beautiful children and a lust for life. Living in Japan with the love of my life, feeding my family with the help of Uncle Sam, and trying to do right by the world we live in. Sometimes just that is a pretty big hurdle. But I'm trying.

Sailor Jenny's Shop - One of a kind artisan jewelry.

Looking for something new and wonderful?

Just want to look at another great blog?? Check out my Links section! Many of the bloggers feature new artists to explore and all of them are wonderful, talented people. Enjoy, and I hope you find something that makes your heart sing!

Sailor Jenny's Etsy Favorites! Check out some other great shops!